Congratulations to Ballynahinch Primary School, whose students are November’s JJ Fans Of The Month! Most of the below answers have been answered by different JJ loving pupils!

What is the name of the School?:- Ballynahinch Primary School 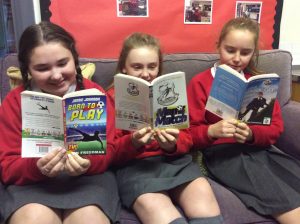 Where is the school situated?:- Co Down, Northern Ireland

Out of everyone in the school who would you say is the biggest JJ fanatic?:- A student named Ben Maxwell

Who is the most popular character amongst the students of Ballynahinch?:- It has to be Jamie Johnson!

What makes you a massive Jamie Johnson fan?:- The fact that he inspires me to persevere, practise and not give up.

Why do you enjoy the JJ books?:- The books make the story seem so real. 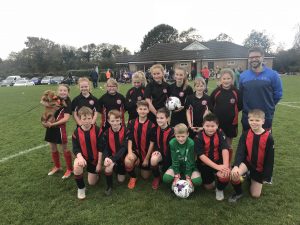 How did you find out about the books?:- Via the TV series.

If you could be one JJ character for a day, who would it be?:- The girls say Jack Marshall and the boys say Jamie Johnson!

What is your favourite JJ book and why?:- “The Kick Off” because he’s still a school boy and we can relate to him.

What has been your favourite moment in the JJ Series so far?:- In “Skills From Brazil” – when he got hurt but then got back up and scored.

If you wrote a JJ book yourself, what would you call it?:- “The Golden Boot”

Jamie has a tough decision to make in World Class – the chance to play for either Scotland or England at the World Cup. If you were in his situation, who would you have picked and why?:- As it’s where he lives, I’d have suggested picking England. 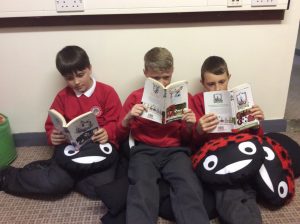