Congratulations to the JJ’s March Fans of the Month – the father and son duo that are Nick and Will Flindall! They win this month after the father, Nick, got in touch with Dan and told him how much both of them were enjoying reading the JJ series. Here is our interview with Will, the 11 year old son! 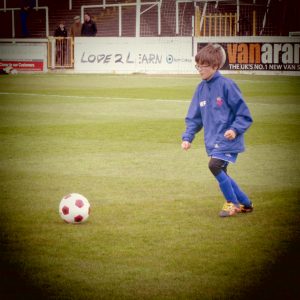 Where are you from?:- Wiltshire

When did you start playing football?:- 3 years ago

Who is your footballing idol?:- Kieran Dowell

How did you hear about the JJ books?:- I saw it in Waterstones

Why do you like the books?:- It inspires me to become a better footballer!

Which play reminds you most of JJ?:- Jamie Vardy

If you could bring one character from the JJ books to life, who would it be and why?:- Stonefish, because he is hilarious!

What is the best goal you have ever seen?:- Zidane’s panenka in the World Cup

If you had the choice to play for either England or Scotland at a World Cup, who would you pick?:- England

If JJ offered to teach you one skill, which one would you want it to be?:- Overhead kicks

If you could play for any football team, in the real of JJ world, who would it be?:- Nottingham Forest

Do you watch the JJ TV Series, and, if so, who is your favourite character?:- JJ!

If you could ask JJ one question, what would it be?:- Are you going into management after your career, or become a builder? 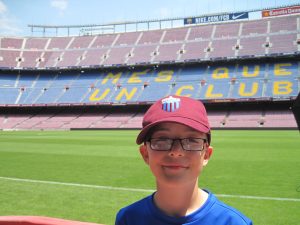 Do you want to be named a JJ Fan of the Month? Do you know anyone who wants to be? Get in touch at dan@danfreedman.co.uk and you could follow in the Flindalls’ footsteps!