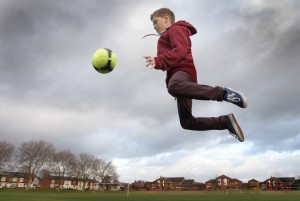 Dan ran a Creative Workshop with the children and the standard of writing was amazing!  It was very difficult to choose which ones to put on the website,  so well done to Maegan and Owen.  I hope you enjoy their stories as much as we have.

THE DAY OF THE TRIAL 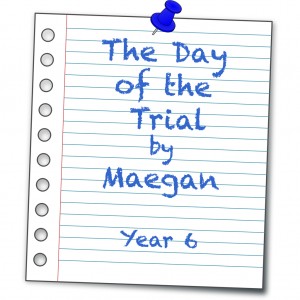 Eighty seven minutes in,  an over aggressive shoulder barge is made by the blues.  No one wanted to take this penalty for the reds as it all counted on this one goal.  It was Jamie’s time to shine.

“You can do it son!” screamed a voice from the crowd.  Jamie was sure it was aimed at him but his wasn’t his Gandad’s voice.

He knew that if he scored this goal he would get in,  but all of a sudden he remembered what Dillon had said:  “If you play in the trials you’re dead!”  Suddenly everything went black,  Jamie couldn’t see a thing and it felt like spiders were crawling up his back.  Jamie started to panic,  he didn’t know what was going to happen.

He kicked the ball not knowing where it was going to go.  Everyone on the reds started to cheer.  His eyesight started to come back.  Then he saw a figure coming towards him.

THE DAY OF THE TRIAL 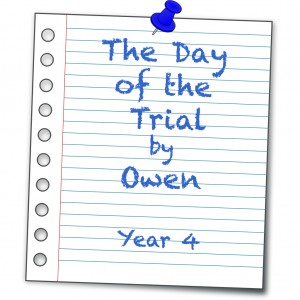 Jamie turns up to the trials and luckily Dillon is talking with his mates. “Phew!” sighs Jamie, hiding behind the bin.

Dillon turns round just as Jamie gets up, “Oi! I thought I told you to stay out of the trials. You won’t get in!” says Dillon.

“Oh, I will, just watch me,” says Jamie standing proudly. The two boys start to fight.

“You two break it up!” yells the coach.

Just then, Jack turns up to check on the squad. “Hi jack,” says Jamie, and the two of them walk off together.

Jack turns round to see if Dillon is looking at them, and sure enough he is. Dillon pulls a face and looks away.

“Jack, why are you here? “wonders Jamie.

“To watch you play, you’re all right!” says Jack.

Loud cheers fill the stadium. As the players walk onto the pitch, Jamie can’t see his mum. “What have you done!” he mutters under his breath.

The game starts. Michael and Dillon kick off…