St Gregory’s School in Kent has created its own football academy, where students learn through their love of the game.

Dan visited their Year 7 group recently to talk about football and writing and here are three Jamie stories written by students from the academy. 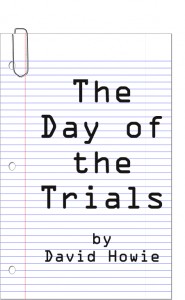 The bell rang for the end of the week, probably Jamie’s best week and it all happened because of one shot. The most important shot of Jamie’s life ever!

“You’ve got to give them back!” exclaimed Jamie, “Tomorrow is the most important day of my life!” Jamie was furious.  How could his mum do this to him?  Tomorrow was the school trials and she’s just happened to take his boots.

“You’re not having them back until you’ve cleaned the mess in your room.” replied his mum in a soft, but demanding voice.

“Well maybe I should ask Dad to get me some.  At least he would be kind enough to buy me a new pair!” Jamie screamed so loud he thought he might explode.

After hearing Jamie mentioning his dad, Jamie’s mum had a tear in her eye which made Jamie feel guilty.  “Just go to school” she said it with such sadness in her voice Jamie didn’t want to make her cry more so he immediately left for school.

At break, Jamie was practicing his touch when out of nowhere Dillon forces him back to the fence. “What do you think you’re doing?” shouted Dillon.  He was so close to Jamie he could see the spit coming out of his mouth every time he pronounced a word. “I’m just playing football.”  Jamie replied, you could tell that he was scared by the way in which he was shaking vigorously.

Slowly, Dillon turned his head towards Jamie.  “I decide who is playing football” scowled Dillon,  snatching the football of Jamie then aggressively shoving him to the floor.  Once Jamie thought it was all over Dillon threatened him shouting, “you better not go to the trials or you’re dead meat”  waving his fist high in the air.

Later that evening, while tiding his room Jamie considered the option of attending the trials after the threat from Dillon warning him that if he showed up for the trial he would get hurt.  Jamie felt torn as he couldn’t let the threat from Dillon demolish his dreams of being a professional footballer. He decided to go, but there was still one problem.  He needed his boots. The problem was unless his room was tidy, his mum wouldn’t give his boots back.

Once he had tidied his room he demanded his boots from his mum, after a rough few minutes his mum gave in and Jamie got his boots given back to him from his mum.  His dreams of becoming a footballer were slowly but surely coming true.

It was like the school day was a week long, like time didn’t want him to go but, nothing was going to stop him reaching his goals. As the school day ended Jamie rushed down to the changing rooms to see Dillon lurking inside. He was frightened that Dillon may hurt him, but luckily the teacher was nearby so he didn’t try anything.

As Jamie and the other boys and girls ran onto the football pitch, Jamie couldn’t hide his excitement and anticipation of what was to come. Mr Pratley split them into two teams and started the games once the warm up was done.

For the most of the first half Jamie hardly touched the ball, and when he did he was marked tightly causing him to play a simple ball back to the defenders.  It was not going well for Jamie he wondered if he would ever become a professional player while having a half time snack.  In the second half things weren’t much different but in the last few minutes with scores tied at two all, Jamie had the ball with space to run at the defender, he got around the first man with ease, then with the second with skill, there was only one more man to beat, it was Dillon.  He ran at him with pace and speed then performed a few quick turns then stylishly knocked it through his legs.  Jamie did this with such speed, Dillon tripped over himself landing face first in a muddy puddle.  Jamie only had to beat the keeper now he knew if he scored this one shot he would make it into the team, he brought his left foot back and kicked it so sweetly…so perfectly.

The following day a mass crowd swarmed Mr Pratley as he stuck the team sheet on the wall, Jamie took one glimpse of the team sheet and saw his name at the top of the sheet and this is why this was the best week for Jamie.  That one goal set Jamie up for his footballing career. 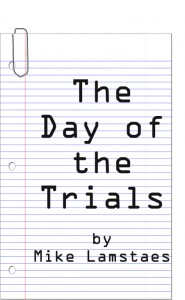 The day of the trials

Jamie Johnson woke up in a bad mood. His mum had taken away his football boots which meant he couldn’t play in the trials. Jamie had to get his boots back so he could show Dillion Simmonds what he was really made of.  Fortunately for Jamie, he knew where he could get good advice.

Mike’s house wasn’t far away. When he got there he told Mike that his mum had taken away his boots because he was practicing at 6 a.m. and how he desperately needed his boots.  Mike said one word only, “Apologise.”

Hours of arguments had no effect but when he apologised his mum gave Jamie his boots and good luck for the trials.

It was lunch time now and his eventful morning had worn Jamie out slightly but things were about to get much worse.  Dillion strode confidently towards Jamie, a grim smile on his face told Jamie that he was in trouble. “Don’t bother coming to the trials or I’ll foul you so badly even your dad who ran off will hear your screams of pain,” Dillion taunted.  “I’m still going,” he replied.  A mistake. Dillion pushed Jamie to the ground in rage.  Now Jamie knew what Rafael felt like on his first day at Wheatlands – alone and lost.

The harmful aura stuck with Jamie until the end of the day but now it was trials and it was worse. Jamie was shaking with terror.  He’d barely touched the ball in first 10 minutes and when he had Dillion had just tackled him.  He was determined though; he’d thought about how Mike had been held back by injury but Jamie wasn’t injured.  Nothing could stop him now. “YEEAAAAH!” Jamie screamed for the ball and rocketed past three players before rouletting around Dillion. Just as he was about to pelt the ball home Jamie felt the cold stabbing of studs in the back of the knee.  Jamie fell to the ground.  Mr Pratley bellowed at Dillion, “Get off the pitch for 10 minutes! I know that was deliberate.”

“But that’s not a rule,” he argued but to no use.  He was off for the rest of the half.  Meanwhile Jamie had a dangerous free kick right at the edge of the box.  He shot.  The glistening ball flew sweetly through the air.  Jamie could no longer see the ball but heard a loud clang.  The ball hit the post, had it gone in?  Yes!  He saw the ball nestling in the net.  After this goals rained in.

Second halves were always brilliant,  Jamie nutmegged Dillion and while screaming “Caneta,” and scored again. However in the dying moments the score had levelled up to 7 all.  It was a goal kick to Jamie’s team but the ball was going off, or was it? Jamie used his Brazilian style to keep the ball on, with a bicycle kick towards goal over the keeper. Was it in? 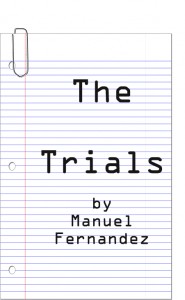 The trials for the football team were tomorrow and Jamie was more than ready to show Dillon Simmonds a pure football lesson.  As much as Jamie was afraid of Dillon, Dillon himself was afraid of Jamie’s football being better than his own.  So thats why Dillon had warned Jamie not to come.  If Jamie attended the trials, Dillon would SURELY beat up Jamie in frustration.

Jamie’s first reliable source to talk to would have usually been Mike, but since he wasn’t home today Jamie was obliged to tell  his mum, Karen.
“Nonsense!” Jamie´s mum snapped before Jamie had the chance to finish. “His parents are good friends of mine, what would make you think I haven´t seen that boy before?  Oh, I wish you could be more like him.  He´s just so lovely!” Jamie was shocked.  At the instant. He opened his mouth as wide as a lift and stayed still.  It didn´t feel right.
Jamie changed on his P.E clothes like a leopard chasing after its prey at full speed, making sure that Dillon was nowhere to be found.  Whilst everyone seemed to be sitting down and chatting besides or near Dillon, no one had the courage to talk or sit with Jamie.
He looked around with nothing really interesting to focus his view on. Except for one little miracle. It was Mike and his mum!   “Come on, Jamie!” They cheered for him.
With this, Dillon´s face turned yellow, green, red, purple and more rainbow colours each showing a different type of anger in his pale face and gave Jamie a ‘Why-are-you-here’ look.  The whistle blew and the the players started to jog around looking for space. But two of them didn´t move at all. Strange.  The two players gave each other a hatred competitive glare; sure enough, it was Dillon and Jamie. Now, Dillon moved to one side but Jamie stood still like a rock. What was he trying to do?
“What are you doing Jamie? Come on, move!” His mum yelled from the sidelines.
“I see…” Mike muttered softly and gave a cheeky smile.
The opposition´s defenders abandoned their places hungry for the ball. One didn´t move a muscle though. That was Dillon.
“Now!” Jamie said to himself. Jamie started his powerful engine and ZOOMED across the pitch with blistering pace able to to outrun a leopard.  Just fractions of a second later, an aerial through ball flew over to him, which he simply controlled with his chest facing forwards and ran with one defender left for him to beat: Dillon again. Jamie gently pushed the ball between Dillon´s legs and shouted:   “Caneta!”
But Dillon didn´t let Jamie get away with it. He launched his feet like a missile and fouled Jamie behind his back.  “Penalty!” The referee pointed out. It must’ve been a really easy decision because the foul was seen crystal clear.
“DIVER!” Dillon roared as loud as he could.  Jamie didn´t listen and placed the ball in the penalty spot. Then he took four steps back, two steps to his right. He moved towards the ball and furiously kicked the ball with a ridiculous amount of power. Perhaps too much. Perhaps not.