If you’ve read Skills from Brazil, then you know that Jamie’s friend Rafael Da Cruz is quite simply a master when it comes to spotting football talent. So we thought we’d put him to the test and ask him to do a regular feature where he predicts which young players will ultimately go on to become the world’s greatest so this is the place where we peer into football’s future.

My ninth Tip for the Top is…

Overall Assessment: An energetic full-back who loves to maraud forward on the overlap, Benjamin Henrichs is my next Tip for the Top, despite already playing for one of the biggest clubs in Germany. The Leverkusen man loves nothing more than going around the outside of his opposite number and whipping a ball in, usually towards the tall figure of Stefan Kiessling. At a fairly tall 6’0”, it’s not as if Henrichs is easily beaten in the air or in the physical battle, in fact it is quite the opposite. The German takes pleasure in dominating wingers with his defensive nous and raw pace, and his sheer speed enables him to keep up with even the fastest of wide men.

Prediction for future: A versatile full-back who can play on either flank, it seems on right to label Henrichs as a true Tip for the Top. His attacking attributes and ability thoroughly suit Leverkusen’s style of play, and the fact that he can keep it up for a full 90 minutes is a good indication that he would suit nicely into the scary speeds and non-stop dynamism of the Premier League, thus suiting a side like Liverpool or Chelsea perfectly, with both known for their emphasis on overlapping full- and wing-backs to provide width.

However, as a local German lad, it would only be customary to see him join forces with reigining Bundesliga champions Bayern Munich, to rival Joshua Kimmich for a place on the right-hand side of the back four, or even to act as cover for David Alaba at left-back. 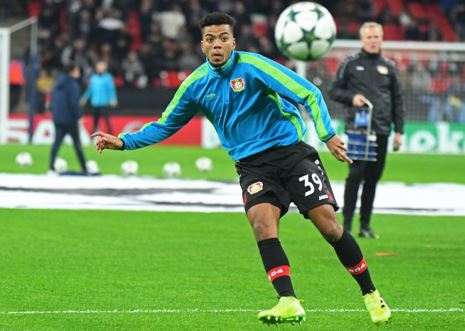 Rafa’s view: I’m from Brazil, so I’m accustomed to seeing attacking full-backs like Henrichs! He reminds me a little of a Maicon; a defender who loves to roam forwards and impact the game higher up the field. In my opinion, it will only be a matter of time before he becomes one of the world’s best full-backs!