My third Tip for the Top is…

Overall assessment: Bordeaux’s forward Malcom, Brazilian by nature, is full of raw speed and energy, with the ability to lead the line if needs be. Having joined from Corinthians, Malcom has broken into the Bordeaux first team squad and is pushing hard for a start in their Ligue 1 campaign. He may be lacking the physical strength to cut it in the Premier League, but with his low centre of gravity and striking abilities he more than makes up for it.

Prediction for future: I think, with a little more experience, he could hop over the Channel into the Premier League, perhaps to a team like Liverpool, a team he’d suit with their counter-attacking style of play. Jürgen Klopp likes his inside forwards, and Malcom fits the bill of the role beautifully. However, Manchester United have sniffed around him too, and with their financial power and prowess it’d be hard for the Reds to outbid their Lancashire rivals.

Rafa’s review: My compatriots and friends back home are roaring Malcom’s name! He has been likened to Neymar and I was delighted Corinthians allowed him to take his big chance in Europe. If he smashes it in France, I could see him in the Premier League next season, but I would not be surprised if one of the Spanish clubs, like Atletico and Real Madrid, took a punt! 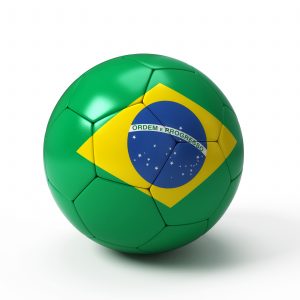