My sixteenth Tip for the Top is…

Overall assessment: A classic attacking midfielder, Bowen takes advantage of his light weight to practically skip past defenders,  accelerating forward and taking shots towards goal, whether that is from close or long range.

He can also play in a right-wing role. He has excellent vision, as well as an attacking and defensive brain that players around him should be in awe of. A player who has a high work rate and can make interceptions with relative ease, he is just as important for Hull’s defence as he is for their attack.

Prediction for future: Still only 22, Jarrod Bowen is a real player to look out for in the future! It has been heavily rumoured that Tottenham Hotspur are interested in signing Bowen, and, if he ends the season as strong as he’s played in it so far, then more top teams may be coming in for him. However, I predict that Bowen is not even at his peak, and, perhaps after another season in the Championship, Bowen will be ready to live up to his full potential.

Rafa’s view: With over 21 goals this season, it is no surprise to see that Jarrod Bowen was recently named in the SkyBet Championship Team Of The Season. He has the full package – and has been dubbed as “the next Arjen Robben”. It’s inevitable that Bowen will be a Premier League player in the future – the question is; for who? And just how far can he go? I believe very. 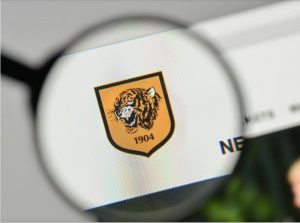 If you want more of Rafa’s incredible football brain and tactics and to learn about his friendship with Jamie Johnson, get yourself a copy of Skills From Brazil!