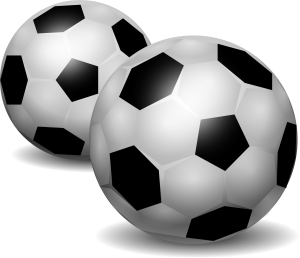 It is always great to give young writers a platform on this website to showcase their work.  Recently one of these writers sent me some of his work and I was so impressed with his writing that I asked him to send in something to publish.  This fantastic piece was sent in by Isaac Goodwin.  I hope to see more like this in the future.  Keep up the good work Isaac!

Liverpool maintained their unbeaten start to the season with a 0-0 draw with Arsenal at the Emirates. In a game which saw lots of chances for both teams, this goalless draw was far from boring, with both sides failing to score despite the number of opportunities created.

Arsenal lined up with the unfamiliar defensive partnership of Callum Chambers and Gabriel Paulista, in the absence of Per Mertesacker and Lauren Koscielny, whilst Liverpool brought in Can and Lucas in for Henderson and Lallana and gave Roberto Firmino his first Premier League start at the expense of Jordon Ibe.

Liverpool started the brighter of the two sides with Philippe Coutinho rattling the bar inside the first three minutes. Their dominance of the first half continued, but Arsenal had one chance in the eighth minute, which was slotted home by Aaron Ramsey after Santi Cazorla found him with a beautiful through ball. The goal was wrongly adjudged to have been offside by the linesman, much to the disappointment and anger of Aaron Ramsey and his teammates.

Arsenal’s unfamiliar defensive pairing looked shaky for much of the game with Chambers being bullied by Benteke and often losing possession of the ball in dangerous areas. Coquelin performed well and had to save his defenders from embarrassment on many occasions with last-ditch challenges.

The best chance of the game fell to Benteke when Firmino linked up nicely with Coutinho and then drove a low, powerful cross across the face of goal. Benteke met the ball on the six yard line and delicately guided it goalwards, however, Petr Cech scrambled across the goal line to tip to ball round the post. It was an unbelievable save, but he made an even better one seconds from half time to crucially ensure that Arsenal reached the break on level terms. Coutinho picked up the ball on the left hand side of the box. He teased Belerin by chopping and turning before unleashing a beautiful, curling effort towards the right hand side of Cech’s goal. The former Chelsea goalkeeper dived and somehow tipped Coutinho’s incredible attempt onto the post. The save kept Arsenal in the game after being completely dominated in the first 45 minutes.

Using the old cliché, this really was a game of two halves, the first belonged to Liverpool and the second belonged to the Gunners. In the first half, Cech had to make world-class saves and in the second half, Mignolet had work to do in between the sticks.

Arsenal defended very poorly, unlike Liverpool who were excellent defensively. Gomez was outstanding, Skrtel and Lovren were solid and Clyne was impressive yet again.

Arsenal dominated the possession in the early stages of the second half, piling the pressure on Liverpool, but did not break through Liverpool’s defence until the sixtieth minute. Cazorla received the ball from Özil on the left hand side of the box. He fizzed his pass through the legs of Milner to Giroud, who under pressure from both Skrtel and Lovren did very well to keep the ball alive and play it into the path of Alexis Sanchez. Sanchez took one heavy touch and then dispatched a shot from 6 yards out, beating Mignolet, but hitting the upright. He should have scored, but his miss was probably down to his lack of match fitness and sharpness.

An even better chance fell to Giroud just 10 minutes later. After some lovely, patient build up play, Hector Belerin found Ramsey who delicately touched the ball into the path of the French striker. Giroud slipped as he steered the ball goalwards from close range, but it was still an extremely hard shot for Mignolet to keep out. He clawed it out brilliantly, showing how much he’s improved since this time last year when he was under so much criticism. The Belgian shot stopper is quickly becoming one of the league’s best and will no doubt continue to improve.

Arsenal continued to press Liverpool for the remainder of the game, with Skrtel having to stretch and brilliantly turn a cross behind in the last few minutes. The interception was vital and Skrtel did exceptionally well to turn it behind rather than into his own net.

With 15 minutes to go, there was a sense that if Arsenal scored, it would be the winner. Liverpool were beginning to feel very nervous and Mignolet began to time waste on his goal kicks which resulted in a booking. The Liverpool faithful prayed for the whistle…

A draw was probably a fair result, but both sides will feel they should have won this heavyweight clash. Liverpool will definitely be the happier of the two sides, but will also feel they should have put the game to bed by half time. These two teams will almost certainly feature at the top end of the table come May, but if they want to be genuine title contenders; they must learn to take their chances…

Man of the Match: Petr Cech