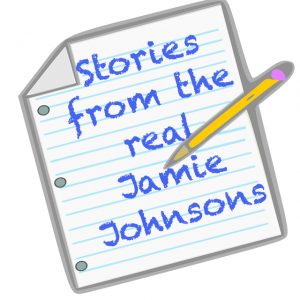 Dan recently spent the day with the Blackpool FC Community Trust, meeting and working with 150 Primary School pupils from the local area.

A writing competition had been run in the build-up to the day and Dan was so impressed with Finley’s story that he wanted to reproduce it for you here.

“Finley is way better than I was at that age,” commented Dan.

So congrats, Finley and keep on writing!

The Missing Beat – By Finley Gleeson 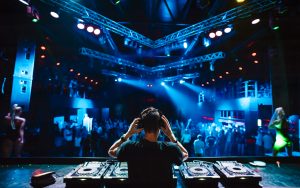 This is a story about a boy who found out that there was no limit in life, so he wanted to live it to the fullest.

His name is Finn. Finn loved dancing, singing and he was a great actor, but more than anything he wanted to become a DJ. This is because he knew that he was in control, but there was just one thing missing and that was the last beat. This beat wasn’t like any other DJ beat; it just had something different to it. And it was Finn’s goal to find it.

Even though he was nine, he knew this was his passion. So off he went. He pulled out his equipment and tried to find it, but suddenly, his grandpa walked up the stairs singing. It was one of his old riffs that went like this; Do, do, doo, do, do, do, doo. He used to be a DJ in the 90s but this riff actually sounded good, so he modernised it up a little bit. Then he added some beat into it and played it at his concert. The crowd went wild and he actually thought that this could be the lost beat.

So, when his grandpa picked him up, he told his friends, and his grandpa said that he would help him make some more beats and rhythms. Each time he had a concert, the crowds loved it so much; he knew he could make a living out of this. But then one night after a concert someone called him and offered him a part in an amazing DJ school. He said, “Yes! Yes, yes of course!”

So, the next week Finn arrived at the school and he said in his head; “Anything is possible if you work hard.” His goal at the start of the journey was to find the missing beat and live life to the fullest and, when he walked in that DJ school he had accomplished what he wanted, just by following his passion.

By doing what he loves, he found out that he was DJ FINN! Right this second, he is probably ready to accomplish another one of his goals.