It is always great to get work that the students have written,  especially  when the standard is as good as this.  Annabel and Jack have have been awarded first prize winners for Year 7 and 8 and it’s easy to see why.  These are two amazing pieces of writing that keep you interested to the very end.  Well done Annabel and Jack.  Keep up the good work! 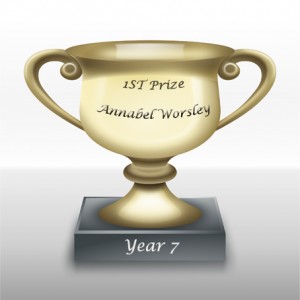 Five minutes left.  This was crucial; one more mark could be the difference between winning and losing.  The whole room was tense.  Without looking round you just knew that everyone was biting their nails, anxious that the well know line of ‘put your pens down’ was coming all too soon.  The wave of doubt came, first in a trickle then a flood.  Even the simplest of questions, nobody knew the answer to and the panic easily blew away the calm without hesitation. ‘I’m going to fail, I’m going to fail,’ echoed through the minds of each and every pupil.  ‘I know this answer; I remember being taught it’.  Images of that very day flashed through their minds.

Two minutes left.  As the invigilator announced that, a look of annoyance rippled through the students row by row.  Frantic scribbling pierced the deafening silence as students racked their brains for something – anything – to write.  Papers closing distracted everyone still working or perhaps they were unwilling to accept the harsh reality of having an exam and were finding a way to take their minds off of it.

One minute left.  If you change one answer to something wrong, you would not be able to forgive yourself.  You could have come top in the class but because you changed it, the title will never be yours.  Some people had lived a lifetime in the time that it took for the exam to end.  Finally the dark words filled the surrounding air. ‘Please put your pens or pencils down.  The test is over’.  Absentmindedly, he put his pen down.  ‘But I knew that answer’.  The unmistakable disappointment filled his eyes as they were dismissed.  Relieved of simply being able to speak, discussions about the answers started between groups, only making them doubt themselves more. 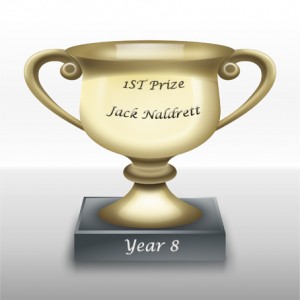 As we enter the final half of football at Oakmeeds Community College, Burgess Hill the tension is rising; sweat is pouring off the players heads like rain from the sky.  Each kick anticipated, watched as closely as a hawk watching his prey.  There is so much at stake here, so much pride and integrity, heart and soul being poured into this match.  Everyone leaves everything on the line…it’s Armageddon.  We have the best seat in the house for this heart warming encounter…people are calling it the match of the century…I prefer to call it a normal Thursday lunchtime on the astro I’ll be your commentator Jack Naldrett running you through everything that happens (and does not happen) in this match.  Into the last five minutes now and everyone is poised for the grand final.  It is currently level at 1:1 with goals from Dan and Marshall separating the two teams. The ball is out wide with Charlie; Ollie is in the middle poised ready to strike if he gets the sniff of an opportunity.  The ball has drifted in.  The defender comes across, misses it, this is Ollie’s time to shine he’s been waiting for this since he got the move from Warden Park School.  He strikes the ball as cleanly as he ever stricken it but to his dismay the ball cannons off the woodwork and ricochets out…such bad luck for the lad. Into the final minute now, nerves have been shattered in this pulsating encounter thrilling, captivating, end to end stuff.  Gripping each end severely like the plague.  Thirty seconds left now both teams looking at the referee waiting for his whistle to blow…the ball goes high in the air “MINEEE” shouts Toby, he misses his header.  The ball lands to Will and the referee blows his whistle.  That’s the end of the game and what a game it has been – a real game for the neutrals.  I have been Jack Naldrett at Oakmeeds Community College…Good night.