I have had some fantastic writing sent to me from West Lodge Primary School this week.  It’s always great to be able to put the students writing on the website for everyone to read.  Congratulations to the winning students from Year 6.  There is some amazing writing here and I’m sure you will all enjoy these stories as much as I have. 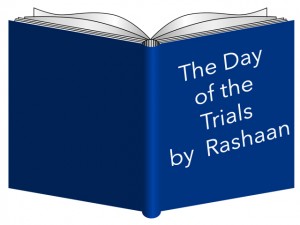 Jamie Johnson slowly slumbered out of bed, forgetting the day he had ahead of him. He turned his head around to face his wretched alarm clock, which had been beeping for the last half an hour. The time was 09:10 Saturday 9th December. He was late! Jamie’s eyes popped out as he realised it was the day of the Watford county football trials. Watford was his favourite team, and he’d always dreamed of playing for them.

Unfortunately, even though Jamie had rushed, he made it to the stadium 10 minutes late. His school rival Giles was there. “What’s up Squirt?” yelled Giles.

“Quite good Fatso,” yelled Jamie back.

A Watford coach came over and started a warm up. Whilst warming up, (running around the pitch) Jamie imagined himself running onto the lush green pitch every weekend to thousands of smiling faces.

After the quick warm up, the Watford coach grunted “We’re going to put you into two teams and play a match to see how you cope.”   The man pointed at Giles and Jamie, “You will be the two captains playing in the number 11 position,” said the man joyfully now. Jamie’s heart was racing now, he was playing in his favourite position ever.

The game had a terrible start, as Giles scored a hat trick in the first 10 minutes. Annoyed, Jamie looked at the Watford coach making notes, which weren’t about him. The first half ended with a horrific scoreline of 6-0 to Giles’ team. Giles scored 3 goals and got 3 assists. Jamie was raging inside, it was like TNT had gone off inside him.

Jamie stropped back onto the pitch. Darkness had fallen inside him. The whistle went and the ball met his feet. There was a boy in the box – who was marked – but that was all. Jamie sprinted up to the half-way line and thumped the ball. Jamie heard his heart beat. He closed his eyes and opened them. He had scored a half-way line screamer.

The match ended in a 6-7 win to Jamie’s team. Jamie had scored 4 goals and got 3 assists. Amazingly, he got selected as team captain, and Giles was vice. More importantly, he had learnt: never stop believing and things will go your way! 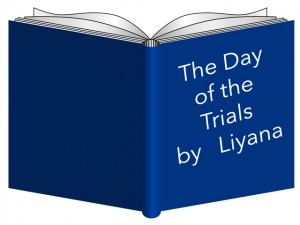 Petrified, Jamie stood rooted to the edge of the pitch, opposite the growling face of Dylan. Doubts speedily commenced to sprout in his mind. Mr Marz blew the whistle and commanded “Into positions, please!” What if he wasn’t good enough? What if Dylan made the team but he didn’t? Repeatedly, these questions raced through his mind.

Finally, the sound of the whistle echoed through his ears and the game began. Kick off began with the Blue team, the opposing team, kicking the ball. Several minutes later, Jamie hadn’t even gone close to the ball, let alone touch it and he knew it.

At halftime, the score was one nil. Jamie’s team was behind. Dylan maliciously grinned at Jamie then Dylan ambled towards him.

“Looks like we’re a bit slow today, aren’t we,” Dylan sneered “Seems to me, you’re not gonna make the football squad, Jamie!”

“I sure will!” Jamie blurted without thinking, “I bet I’ll score a goal in the second half!”
“Oh yeah? We’ll see what happens.”

The whistle blew and the second half started. Determination made Jamie’s fists clench and was prepared to score a goal at any time.

After a while, Jamie had only kicked the ball twice but hadn’t succeeded to score a goal yet. Suddenly, the perfect opportunity appeared in front of Jamie. The ball sat peacefully in front of the goal. The confident footballer darted towards the ball.

This was his chance, he pulled his leg back. Abruptly, Dylan barged into him. When Jamie blinked his eyes open, he found himself on the grass. Mr Marz shouted “Penalty!” Debilitated, Jamie struggled to stand. He got to his position. Spit flew out of Dylan’s mouth, “Go ahead, score a goal!”

Nerves created a thick layer in his mind. Should he go straight, diagonal, left, right? Jamie bit his lip for a while, then pulled his leg back and kicked the ball. The whistle blew. The score was one all. It was a tie. When Mr Marz announced who made the team. Jamie’s name was called but so was Dylan’s. 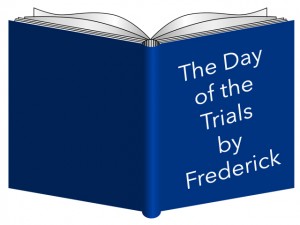 It was the day of the trials. Jamie Johnson felt nervous but determined as he stepped outside. He started to jog onto the pitch, but was halted by a huge figure, Dillon Simmonds – his enemy.

“Do you pathetic midget really think you’re better than me?” he sneered.

“Shut up and move out of my way!” shouted Jamie, trying to cover up his fear.

Jamie tried to keep calm and resumed jogging onto the pitch. Unfortunately, he realised that he was on the Blue team and Dillon was on the Reds which meant he would try his best to injure Jamie, consequently putting him out of the trials. Despite this, Jamie felt confident that he would do well and get into the As. Of course this would mean scoring a goal but he was Jamie Johnson and he was the best.

The first 50 minutes of the game didn’t go Jamie’s way. It was like he was a ghost. He hadn’t touched the ball! In the closing stages of the game, he realised he needed to so something; he had to shine. Luckily the Blue goalie, which was Tom Ruthers (a chubby short boy who always got put in goal) hooked the ball high and it sailed far down the pitch. The ball bounced in front of Jamie and went over the whole defence. Everyone stood as if they were statues, watching the ball. This was his chance.

He saw what was about to happen before it did. As fast as his legs could carry him, he sprinted past his manager and blanked out everyone.   It was just him, the ball and the goal. The ball dropped at his feet as if meant for him. This was the moment. He could show Kingston that he was the best.

When Jamie heard that word, he jumped up and realised that he had the ball in his hands. He looked at everyone and they looked at him. He knew he had to take it.

Jamie placed the ball carefully on the spot and looked at Dillon. He just gave him a sneer and Jamie looked away. The pitch was so silent, that he could hear his own heartbeat. It was interrupted by the shriek of the whistle. A signal to shoot; a signal to score.