CAN I BE CAPTAIN?

Dan writes: On a recent school visit, I met the author Declan Gane, who has written a wonderful book, full of top tips from sports stars all about the art of leadership in sport. I was so impressed, I asked Declan if he would kindly share some of those tips with readers of my website…. 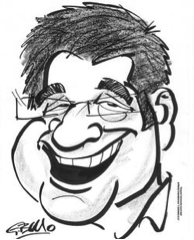 When I was coaching my son Louis’s team I used to hear, “Can I be captain?” after every skills focus session, just before we played a training match. Loads of kids always wanted to be in charge and skipper the team. Some were naturals, but others I used to see learning, so week by week they got better and better at inspiring and motivating their teammates.

I wrote ‘So You Want To Be Captain?’ to help Louis and all of the future captains out there. It is a great little handbook for wannabe sports stars, packed full of tips from some of the best captains in the world. I’m sure Jamie Johnson has a copy tucked away inside his kit bag…

To celebrate the RBS 6 Nations, here’s what new Ireland captain Rory Best has to say:

Being a captain is one of, if not the greatest honours an individual can achieve within a team sport, this is because not only has the person shown an ability to perform to an acceptable level as a player, but is also highly regarded as a person by his fellow players and coaches.

The best piece of advice I’ve been given is to ensure that first and foremost as a captain you lead by example both on and off the pitch by the way you act and conduct yourself. This includes having a positive attitude in training (even if it’s a drill you don’t like!!), in games and showing respect and eagerness to learn from both your coaches and referees, this will rub off on your team mates (do not underestimate how much effect your actions have on your team mates, even if they don’t show it!).

The best words I can give you is to savour every moment, approach each decision with a cool and collected head and remember sometimes you have to hate to lose, more than you love to win!

Rory captained Belfast Harlequins in 2002 and joined Ulster two years later. He made his debut as a replacement at home to Munster in 2005 the same year he made his international debut for Ireland also as a replacement this time against the mighty All Blacks. Rory replaced his brother Simon as captain of Ulster in 2007 and captained the Ireland team that toured North America in 2009.  He skippered Ireland through the 2012 Six Nations Championship and joined the British and Irish Lions squad in 2013 for the tour to Australia. Rory has become an ever-present for Ireland and is the team’s undisputed first-choice Hooker.

Declan Gane is the author of ‘So You Want To Be Captain?’