University of Oxford’s Exploration of key themes in

Sibling relationships, rivalries and resilience are all big topics in Unstoppable.
Expert psychologist Professor Lucy Bowes, from the University of Oxford, shares her insights with us. 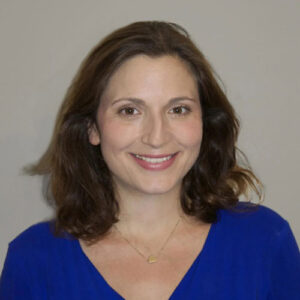 What happens when the person who has been beside you for your entire life becomes your biggest rival?

That’s one of the questions posed by Dan Freedman’s book ‘Unstoppable’, which focuses on teenage twins Roxy and Kaine, both striving for sporting success. But their family is under pressure, with dad Daryll not working and mum Samantha trying to keep everything together. The twins’ relationship with each other becomes more and more difficult – as do their relationships with their parents and teachers.

There are moments in the book where Roxy is so angry with Kaine that she wants to be mean to him because she thinks he is mean to her.

“Sibling relationships can be really, really positive,” says Dr Lucy Bowes (pictured), who has done lots of research into young people’s mental health. “Having a sibling enables you to learn early on the bedrock of social relationships.”

In other words, Dr Bowes says that if you grow up with a brother or sister, you get used to knowing how to talk to and behave with other people. For example, sometimes you might bicker, but then you say sorry and make up, and that’s a really important skill.

“But Roxy and Kaine are an example of when sibling rivalry – which is massively common – starts to get towards what we might call victimisation or bullying,” Dr Bowes adds. “It’s often in a context where there are high levels of family stress, maybe arguing or violence, so that the whole family system is affected. 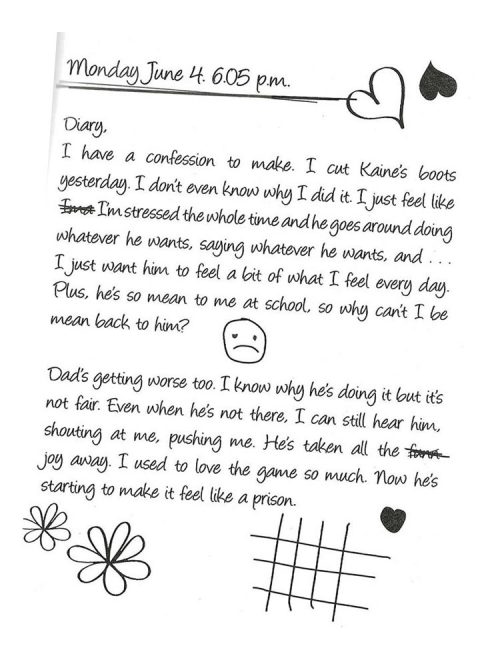 The fact that Roxy and Kaine are twins makes things even more complicated. “You’ve got someone that’s been through all the same experiences at the same time, so lots of twins are very, very close because of this and because of the time that they spend together,” says Dr Bowes.

“But of course that can also be a negative. There may be more scope for rivalry and bickering, because they are literally competing for resources at the same time.

“Typically girls develop a little bit faster than boys, and the types of aggression that girls and boys use can sometimes differ a little bit. Girls may be more likely to spread rumours or gossip about something, whereas boys may be much more physical.

“In the UK, we don’t usually separate twins in school, whereas in the USA they do, so twins will know more about what’s going on in each other’s lives.”

School is a big part of Roxy and Kaine’s lives, of course — and Kaine has a positive role model in Mr Kerrigan, a teacher who has absolute faith that he can make it to the top of his game.

“Teachers do a fantastic job,” says Dr Bowes. “They can see the person in the context they’re in, take them as they are, and build them from there. Then they can set them up for life.”

Mr Kerrigan is also one of the people Kaine takes his frustration out on, and Dr Bowes isn’t surprised by that at all. 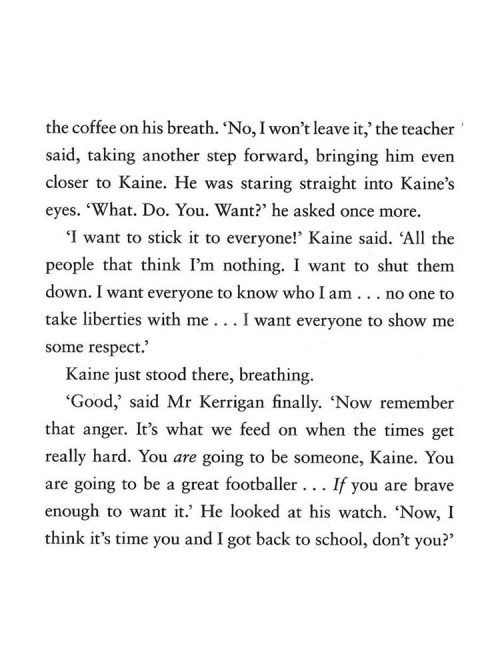 “We often see that,” she says. “We take it out on people that we are closest to. What Kaine is trying to say is ‘I’m really frustrated’. Young people may not be in a place where they can openly discuss or recognise their feelings or how it’s affecting them. They may just have outbursts.

It used to be considered that young children couldn’t be depressed, because we have this adult narrative of depression where someone might be bedridden and withdrawn. We’re realising more and more that for young people and adolescents, irritability is a huge symptom. And if you’re being difficult, irritable and cross, you’re going to push people away when you need to bring them closer.”

How young people behave with their parents

Kaine behaves similarly around his family – going so far as to tell his mum that he hates her. She is horrified that he would say something like that, but Roxy knows that he doesn’t mean it, and has just picked the words that would hurt her most.
“He’s hurting, and then he’s reflecting that outwards, and people express it differently,” says Dr Bowes. “Coming out with ‘hate’ – there’s just so much rage and emotion in there and he doesn’t know how to handle it.” For this reason, some might suggest that Kaine needs some extra support in developing resilience. This refers to the ability to recover quickly/’well’ in the face of difficulties. 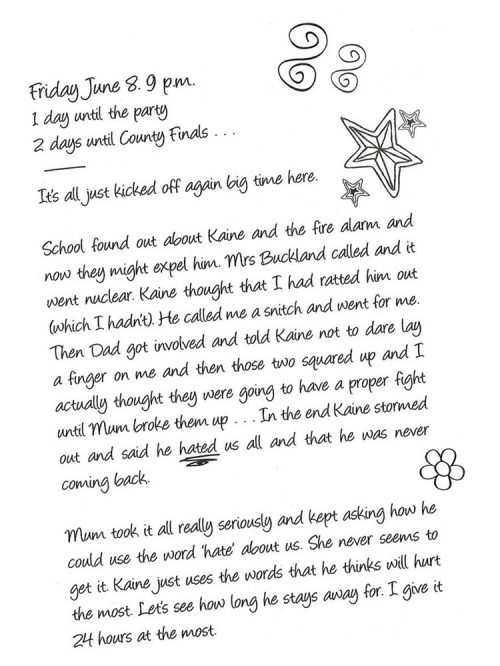 But Dr Bowes says it’s really tough to define resilience as a characteristic. Instead, she says that resilience is a process, and it isn’t just up to the individual how they develop it.

“Resilience can change over time in terms of how individuals respond to negative events in their lives and how they either continue to function well, recover or bounce back after a period of difficulty,” she explains.

“We all have a responsibility to play in whether young people can show resilience. That’s why I think we need to move the narrative away from a young person building their own resilience because then you’re almost saying, ‘You’re the problem.’ And actually I think we’ve all got a role to play. We need as families, as neighbourhoods, and as a society, to put things in place to support young people. This way when they experience difficulty, they’re able to access the resources they need – whether that’s support from particular people, health provision and/or high quality education.”

Roxy and Kaine have a difficult relationship. Do you think it’s ultimately a positive one – or a draining rivalry? They have a lot of challenges to face at school, when they’re competing in their sports, and at home. They definitely have the opportunity to build more resilience – but are the adults in their lives giving them enough support, like Dr Bowes suggests?

With thanks to Oxplore Book Club, Professor Lucy Bowes and the University of Oxford.

Four secrets from sports psychology you can use in everyday life

In ‘Unstoppable’, we find out about the pressures of training and competing in sports. But here are some secrets from the world of sports psychology that you can apply to your own life to help you achieve your goals.