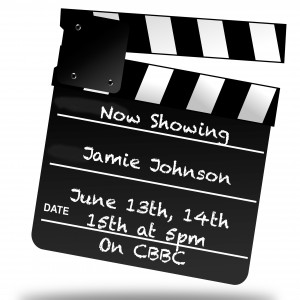 The time has finally arrived!  All you Jamie Johnson fans  out there, get the popcorn ready and set a reminder!  The dates for the Jamie Johnson TV series has been released.  You can watch it on CBBC on June 13th, 14th and 15th at 5pm.

Have a look at this article that featured in the Nottingham Post last week.

You can watch this short interview with one of the stars of the show, Jonnie Kimmins, who plays Boggie, and hear what he has to say about what it was like to be in the series.