My fourth Tip for the Top is… 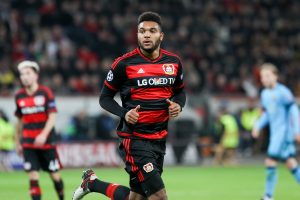 Overall assessment: Tah has already broken through into the world champions’ squad and looks set to be the long term replacement for Mats Hummels. He is usually seen partnering Tin Jedvaj in a youthful defensive duo at the Bayer Arena, and at 6 foot 4 the German has a towering aerial advantage over the vast majority of strikers across Europe. Fearless in the tackle, and amongst the quickest defenders on the continent, Tah has been likened to figures like famous Franz Beckenbauer, with both renowned for their ability to bring the ball out from the back.

Prediction for future: A move to a European super club beckons; and he has been linked with Manchester United of late. Bayern Munich would obviously be interested, but with Boateng, Hummels and Martinez already in place a move across Bavaria looks unlikely. Perhaps a move to Barcelona to partner Samuel Umtiti could prove enticing, but that would only be as a backup for the everlasting Gerard Pique. He will be a German national team regular in years to come; siding Chelsea’s Antonio Rüdiger in a formidable partnership.

Rafa’s view: I have always been a fan of Tah, and from what Jamie tells me, his defensive qualities can compare to those of Dillon Simmonds at Kingfield! However, the German is much quicker and technically better than Dillon back in the day, and I have a funny feeling we could be seeing him lining up for a certain Barça or Real Madrid before too long…