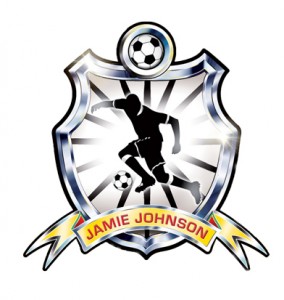 Hi, my name is Allan Smith, I’m 15 years old and have been a big fan of the JJ series growing up. I met Dan when he came to visit my school and now he’s given me the chance to write on his website. My article today is on….

Each week Dan and Allan go head to head predicting Premier League scores and preview the key matches of the week. Jamie   Johnson’s pick of the week features a top four battle between league leaders Chelsea and off the back of a Manchester Derby win and on hot form, Manchester Utd.

A win for both teams in this fans favourite match would provide security more
or less for either Manchester United to secure a Champions League position or
for Chelsea to run away with the title . With the Reds on excellent form , they
look to be unstoppable . Van Gaal’s team claimed bragging rights last week with
four goals against their Manchester Rivals, while the Blues escaped a draw
with relegation strugglers QPR with a late goal from Cesc Fabregas . One player
who surprised for Man.U was Ashley Young (Who had obviously been reading
the Jamie Johnson series and picked up a few notes from another  left footed
winger), Chelsea have been dominant this season, however a team playing as
well as LVGs men could potentially steal a victory.

Leicester have  won two games in a row and although they are still bottom
of the table, after their last previous results against West Brom and West
Ham their fight for survival is on. On the other hand, Swansea do not
have much together, but will be looking to take the three points here
but the Foxes do not go down without a fight.

Both these teams got off to flying starts in the premier league , however their
2015’s have been filled with gloom . Last week, City lost their most important
match of the season , while on the other hand, West Ham who have now
dropped to mid table after being fourth at Christmas, had 3 points snatched
away from them in the 96th minute by Stoke City . A loss for Pellegrini on
Sunday could possibly mean he would be out of the job, whereas in Sam
Allardyce’s case manager are already  looming on the horizon. A win for the
Blues would keep them safely in the Champions League spots , but with few
wins between the two teams recently this really could go either way.

Best of the Rest