The book that inspired the smash-hit TV series

“There are few things more constructive and positive in this world than giving a child book. Born To Play is one of those books that can help a child to learn and grow.
And they really love it too.” 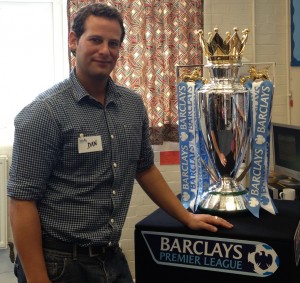 Dan Freedman grew up wanting to be a professional footballer. That didn’t happen. But he went on to become a top football journalist, personally interviewing the likes of Cristiano Ronaldo and Lionel Messi.

He uses his passion and knowledge of football to write the hugely popular series of Jamie Johnson football novels, which have now been adapted for TV by the BBC. When he is not writing, Dan delivers inspirational talks for schools and clubs around the country. And he still plays football whenever he can.

Born To Play is a special prequel to the bestselling Jamie Johnson series by Dan Freedman. For ages 7-13, the story covers Jamie’s journey from being the target of bullying at school to showing the whole world that he has the potential to a Premier League superstar.

Dan, who has worked at the top level of professional football as an editor, journalist and communications consultant for The Premier League and The England Team, says the story is inspired by true events.

“Born To Play is a classic Jamie Johnson story,” he explains. “You see all his flaws but also all his fabulous ability. It’s actually inspired by something that Wayne Rooney did when he was a kid. He was so young but he demonstrated to everyone that here was a talent that would do very special things in the game. I wanted to capture that moment when you know you are in the presence of true genius.”

WITH THE BALL AT HIS FEET, JAMIE’S BRAIN WAS CLEAR AND FREE.
PROGRAMMED TO PLAY. SET TO SCORE.

The bullies at school and big problems at home are threatening to destroy Jamie’s dream of becoming a top Premier League footballer. Jamie knows that the time has come for him to show everyone his true talent and prove, once and for all, that he was … Born to Play. Born To Play has some key messages for its audience. First of all, it celebrates everything that’s great about sport and what it can teach you, as well as the benefits of a healthy lifestyle. As Steven Gerrard has said about The Jamie Johnson Series:

“You’ll read this and want to get out there and play.”

But there are also some deeper messages in there too. Jamie Johnson comes from a single parent family and has real difficulties controlling his temper and his emotions, as well as dealing with the pressure he is being put under at school.

This special Jamie Johnson film, with stars of football and entertainment talking about the obstacles they have faced, perfectly exemplifies the key messages of Born To Play:

“Life isn’t perfect,” says Dan. “And neither is Jamie Johnson. He can be a brat sometimes and he can let himself down. But when you understand what’s happening in his life, you can see where some of these bad decisions come from. You may not always agree with what Jamie does, but hopefully you care what happens to him and it can open up some really important conversations about subjects that sometimes aren’t easy to talk about.”

The other key message in the book is about resilience and perseverance. There are so many obstacles in Jamie’s way but his passion and drive to succeed means that he just keeps going as he strives to succeed. “Go for your Goals is my motto,” says Dan, who is an Ambassador for the Youth Sport Trust and a Literacy Consultant for The Premier League. “And it’s something I discuss with kids whenever I visit schools and clubs around the country. The bigger your dream, the more likely that there will be obstacles in your way. We are allowed to fail. It’s ok. Just don’t give up. Try to fail better next time.”

Born To Play was adapted by the BBC into a TV drama for CBBC. Called JAMIE JOHNSON, the show is the first kids’ football drama series on the BBC for 30 years and has been watched over a million times. Here is the link to all the information about the show on the BBC website, where you can find games, clips, quizzes and links to watch the episodes: http://www.bbc.co.uk/cbbc/shows/jamie-johnson

“A classic school drama about friendship, identity and fitting in.”
THE SUNDAY TIMES 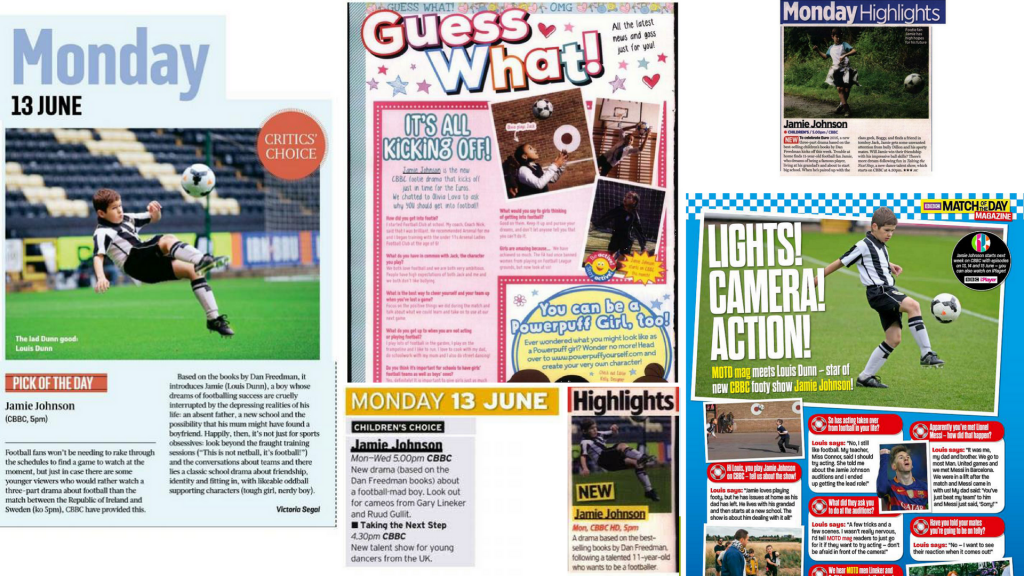 Liverpool, Manchester City, Everton, Bournemouth , Watford, Sunderland, Brighton & Hove Albion and Aston Villa have all bought squad sets of Born To Play for their young academy players to read and enjoy. As the story covers Jamie’s difficulties off the pitch, as well as his journey to greatness on it, the clubs feel it is ideal reading for their stars of the future. 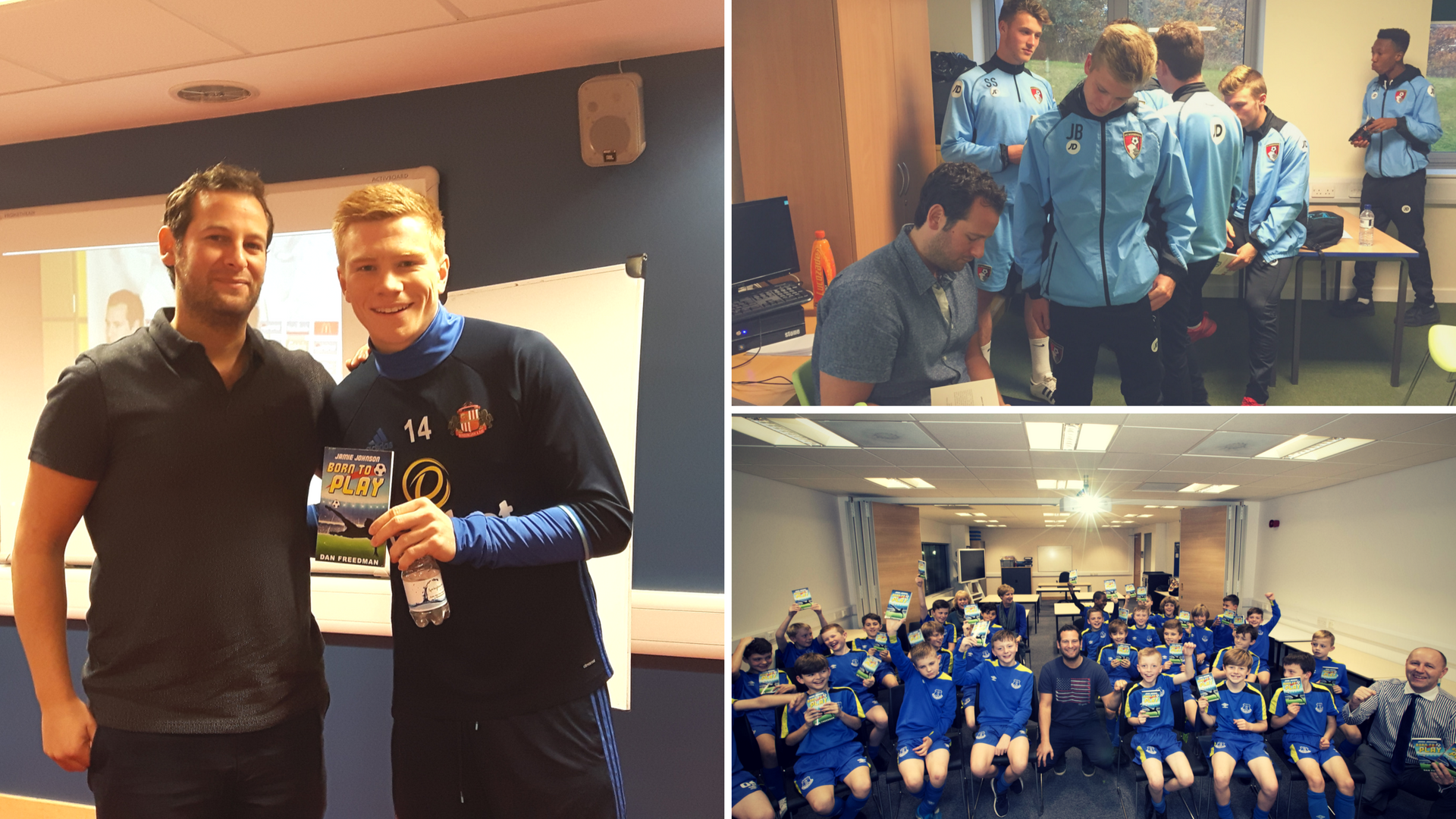 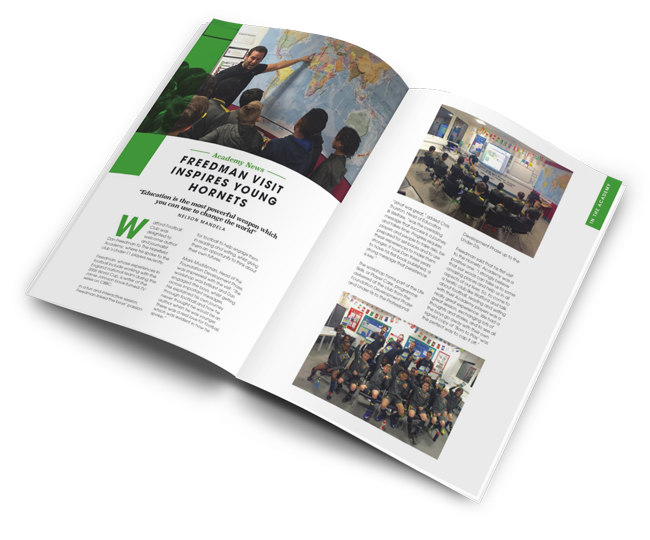 Article in the Liverpool Echo about Dan’s visit to Everton: http://www.liverpoolecho.co.uk/in-your-area/young-blues-happy-play-book-12413774

David Porter, Head of Academy Education and Welfare at Everton said: “It was perfect. I often say to players of all ages, that reading is so important. The hectic life that young, elite athletes lead means sitting with a good book is a great way to relax and take your mind off big games and injury.”

Phil Roscoe, Head of Education and Welfare for Liverpool FC, said: “It was a fantastic to be able to welcome Dan to the Academy to talk about his book. It’s so important for the young players to recognise that education, and particularly reading, still play a big part in forming a well-rounded education while training.”

Sue Parris, Education, Welfare and Player Services Manager for Brighton & Hove Albion Football Club said: “Our Under 11s are fully engaged with the continuing sagas of JJ. The biggest outcome from our perspective has been the boys’ engagement with reading for pleasure and how this has impacted on their written and creative work.”

Whether it’s a football-mad pupil or a reluctant reader, Born To Play has been the book to unlock the world of reading for thousands of kids around the country.

It’s a cool, pocket-size edition which kids are proud to show off around school, which is particularly important when peer pressure can sometimes switch kids off reading, especially when they transition to secondary school.

“Born to Play has had such an impact on our school,” says Kim Stanley, Librarian at St Gregory’s School in Tunbridge Wells. “When we first considered buying a copy for all our Year 7 students, we really weren’t sure how it would go down with girls, but as we wanted to encourage reading right from the first few weeks of starting Secondary school, we decided to go ahead particularly as I knew that all the other Jamie Johnson books appealed to both boys and girls. 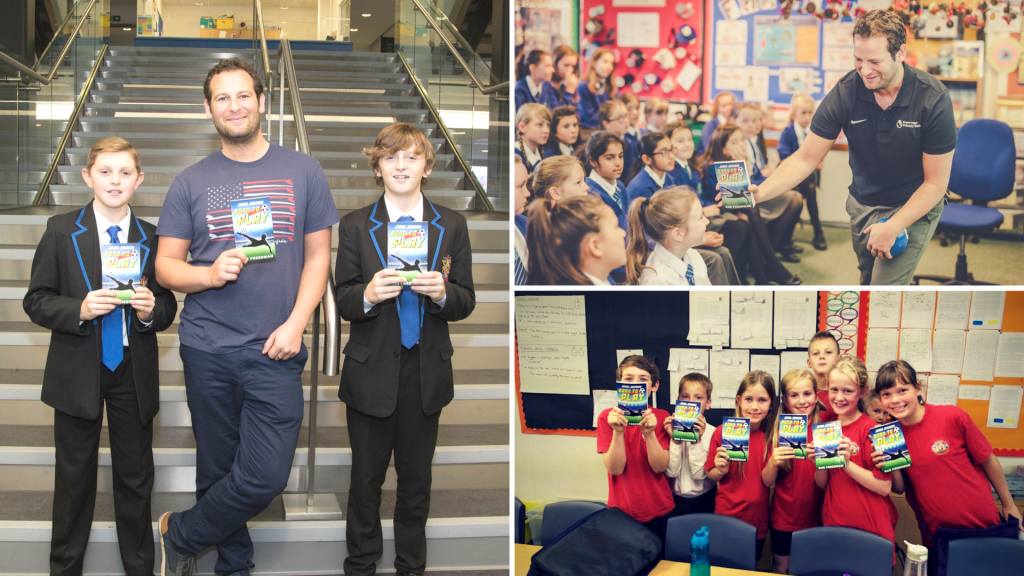 “Both boys and girls were really excited about being given a free book to keep. Since giving these books out, I have had many students sitting the library reading Born to Play.

“The book has been a great success and has had a really positive impact on our Year 7 students with reading, so much so that we are thinking of doing it again with our new intake of Year 7 students next year.”

One of the goals of the book, is to encourage kids to learn through the passion created by the character of Jamie Johnson and the series as a whole. Imagine if you had a class or year set of Born To Play and could then teach pupils Spelling, Punctuation and Grammar through the examples in the book…well, you can!

Have a look at these tremendous SPAG Activities, specifically linked to the Key Stage 3 curriculum.

Tunbridge Wells Foresters F.C in Kent bought a book for every one of their players and invited Dan down to give a little speech before signing books for all the players on the day. Stuart Newman, Chairman of the club, said: “Massive thanks to Dan. It was a great morning. We hope to arrange another event.”

The Presents And The Parties

Finally, and most importantly, here’s what the readers – or, as Dan calls them, the bosses – think of Born To Play

“If Jamie Johnson believed he could do it and did, then I can also believe I can do it!”
Nathan

“Amazing. My son read it 4 times in a week.”
Samia

“I read this in less than a day, in every spare minute I had.”
Megan

“Oh my word what a story that was. Definitely would recommend to a friend.”
Benjamin

“This book was absolutely amazing. I enjoyed it when Jamie Johnson got to play for Hawkstone United FC. I bet he’ll become the best player in the world.”
Chris